“3D printing undoubtedly puts more power in the hands of consumers, who can play a bigger role in the design and realization of their products,” explains Pascal Morand, executive president of the Fédération française de la Couture, du Prêt-à-Porter des Couturiers et des Créateurs de Mode, in a recent Business Of Fashion opinion piece. “3D printing will facilitate differentiation and customization,” he adds, “enriching the dialogue between the consumer and the designer and giving rise to a wider range of goods than ever before.”

Berlin’s VOJD Studios understands exactly what the democratization and opening up of the manufacturing process has done to the world of fashion. Co-founded by Christian Hartung, the Berlin studio is the only high-end 3D printing company that is entirely focussed on the high fashion industry, with Alexander McQueen, LOEWE and Akris just some of its partners. How much VOJD Studios’ products are shaping a new reality, not only in fashion but in more philosophical questions that define the ‘real’ and the ‘artificial’, the natural- and the man-made, is just one of the topics Mercedes-Benz and SXSW’s groundbreaking me Convention looks to discuss. 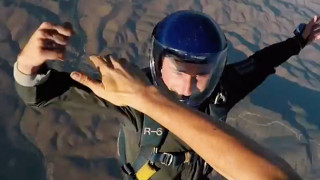 The New Realities presented by such technologies as 3D printing, along with New Creation, New Leadership, New Velocity and New Urbanism are the five core concepts up for debate at the future-focused convention, held in Frankfurt from September 15 to 17. Of course, these topics influence everything that Highsnobiety covers on the daily. So with that in mind, we’re presenting conversations with five visionaries in these fields, with each one a taster of what’s coming up. For more details, check out our detailed breakdown here; win tickets to the convention by entering our competition; and get inspired by reading our interview with VOJD Studio’s co-founder, Christian Hartung, below.

Who are you and what do you do?

I am Christian Hartung, co-founder of VOJD Studios. VOJD Studios is currently the only high-end 3D printing company entirely focused on the luxury fashion industry.

Can anyone do what you do?

Our professional backgrounds are in fashion, design and technology, so since the beginning, VOJD Studios’ focus has naturally been about bringing these worlds together. Generally speaking, anyone with a similar level of industry, process and technology expertise, as well as sufficient resources, would be able to offer a comparable service. That said, it took us five years to build up the knowledge which our clients are now leveraging to find the best solutions available to realize their ideas.

In what ways does 3D printing open up and/or close down the manufacturing process? And would you call what you do ‘disruptive’?

3D printing is starting to reshape several industries, including fashion. Probably one of the most talked-about features of the technology is its ability to build customized and personalized pieces, since each unit is printed separately and no mold making is required to manufacture a large number of identical products. In the near future, this could lead to an increased role of the consumer in the ideation and creation of the final product they desire. 3D printing also enables design solutions that are impossible for other technologies and in the coming years will introduce new materials and material properties that could direct the aesthetics of the future and transform most creative industries.

What have been the major challenges for VOJD Studios?

One of the challenges we see is related to the different durability requirements of current 3D printing technology users. The endurance of an item depends on a number of factors like the design specifics, the chosen technology, machine, material, and the finishing. For our clients, durability is an essential aspect of a product, which is why it is at the core of our business. Our goal is to always assure our pieces match or outperform the quality and stability of non-3D-printed products.

Has the nature and speed of 3D printing highlighted any limitations across the industry? Has it also highlighted opportunities?

As mentioned, one of the most discussed features of 3D printing technologies is their ability to build customized and personalized pieces. The alternative of mold-making typically means significant fixed costs which can only be amortized through the manufacturing of a large number of identical products. Soon, the elimination of this requirement can lead to easier personalization and an increased role of the consumer in the ideation and creation of the final product they buy. Plus, 3D printing enables creative freedom and design complexities, which are impossible or too expensive to achieve with other technologies.

There are, of course, limitations that need to be considered though, such as the currently limited variety of materials available—mostly hard materials have the sufficient quality—surface finishing, object size, and costs. After all, it is a relatively new and rapidly evolving technique, so new features and technology improvements emerge constantly.

Is human creativity a necessity in order to create the products that you create, or could it potentially be seen as a luxury?

Fashion is driven by aesthetics that evolve over time. As of today, judging aesthetics not just based on historical data but envisioning and proactively shaping how it could develop in the future is something that we believe humans and human creativity is still superior in doing, versus artificial intelligence.

Does the space you operate in make it harder or easier for individual creativity and self-expression to be realized?

3D printing does enable product customization and greater freedom for designs, shapes, patterns, which open an infinite world of new creative possibilities. That said, making effective use of the machines requires a significant level of education not only on the tools and the implied possibilities but also the limitations.

What has been a success and a challenge, personally, for you?

Seeing 3D printing being applied to the creation of final products is a success for us over and over again. Many of the brands we work with have projects or concepts on hold because of them being impossible, too difficult or expensive to realize traditionally. 3D printing enables the completion of such projects.

Design complexities and futuristic aesthetics are one of the reasons to go for 3D printing—this is the case for instance of our work with Carolina Herrera and Akris. On the other hand, there are also other factors like the possibilities to integrate new materials and product properties (such as our partnership with LOEWE) and to launch custom limited-edition pieces (e.g. the umbrella handle developed by us for Alexander McQueen).

As mentioned before, due to the widely varying quality standards in the 3d printing space, a recurring challenge is to educate the fashion industry on the possibilities for final product manufacturing, particularly in the high end area which has always been VOJD’s focus.

Is there still a distinction between ‘man-made’ and ‘machine-made’? Has there ever really been a distinction? Likewise with what is ‘real’ and what is ‘artificial’?

We are firm believers that classic craftsmanship and new technologies should not be juxtaposed. On the contrary, it is the symbiosis between tradition and innovation that catalyzes progress. In our projects, we try to adopt the best of both worlds. 3D printing is the main manufacturing technology we use, but the finishing of the products involves a lot of precise manual work and traditional skilled craftsmanship—a collaborative approach that we believe would push forward the applications of digital manufacturing in the future.

The me Convention takes place at the International Motor Show in the Festhalle Frankfurt from September 15 to 17. If you’re interested in shaping the future, visit me-convention.com for the full program, speaker list, after hours schedule, and ticket information. Don’t forget you can also win tickets by simply signing up to our newsletter here. For more on VOJD Studios work, check out their site.